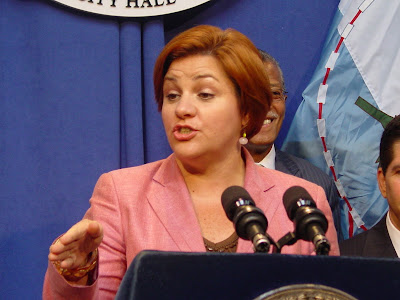 As you know by now, the Domino is done (unless Stephanie sues them). Let's take a look at the roundups from far and wide before adding some analysis...

*The Brooklyn Paper and Eliot Brown at The Observer look at the meaning of that Memorandum of Understanding and its role in the final vote of the project.

*Nikki Bagli's dad Charles at the Times with the quick draw!

*Linda Collins at the Brooklyn Eagle has a long breakdown of Domino project details, in case you need to catch up.

*And here come the architect papers, with bdonline, Art Daily, and Metropolis Magazine.
Posted by Aaron Short at 8:21 PM