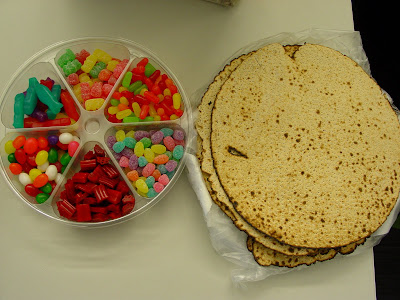 Sorry... I got a little food conflict overloaded there. Let's roll out and bake some crisp links, but for no longer than eighteen minutes. 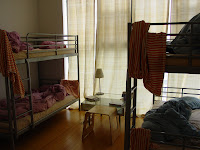 *The hostel story continues at The Brooklyn Paper. Today, check out a tour of Zip112, one of two hostels in 112 N. Sixth Street, which had survived the city's partial vacate order. This story is developing, so things can change quickly. How quickly? Now they're closed.

*Eliot Brown at The New York Observer gives an excellent play-by-play of how the Satmar schism has affected the Rose Plaza rezoning project. For more about this, click on my February article which gets more specific on this.

*There's more to come from Monday's Conselyea Street building collapse, as MyFoxNY interviewed Buildings Commissioner LiMandri about it. He didn't say very much that he had already said on Monday. But there are updates to the story on the Brooklyn Paper as well as at Curbed and the AP has a video:


*Sal Gentile at City Hall News feeds the fires of rampant speculation regarding who would replace Brooklyn District Attorney Charles Hynes were he to not seek reelection in 2013 or... gasp!... pass away before then. The leading pre-candidates are Assemblyman Jim Brennan and States Attorney Loretta Lynch, but guess whose name crops up here? You guessed it. David Yassky. That's three points for Andy Campbell's fantasy league.

*Speaking of Andy, above, he finally went to Shag to get his maleness cast in plaster. For a story. I'm serious. You can read the story here.


Finally, Steve Witt has a great story coming out this week where an officer in the 67th Precinct was honored after shooting a would-be machete-wielding assailant in the leg. I believe we have video.