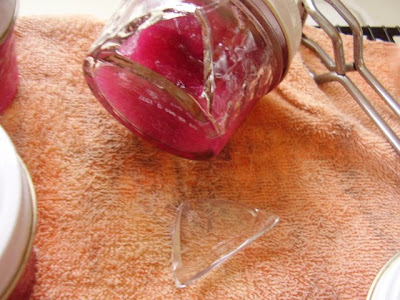 The delicious yet contentious OSA and Jelly sandwich that we have been feasting on for the past two years may be crumbling before our eyes.

The Brooklyn Vegan prints the unusually harsh press release from OSA Board Member Adam Perlmutter and nails its disappointed parental undertones.
Check out The Brooklyn Paper as well for more context about the financial picture and what happened concerning Jelly's missed payments and defaults.
The Observer weighs in too, but some of the best digging on this I've seen is from NPR's music reporter/ blogger Jacob Ganz, who first reported in a long conversation that Jelly was having cold feet about returning to the East River a couple of weeks ago. It appears that that interview was some early spin from Jelly in anticipation of making an official announcement about its future. Unfortunately, OSA beat them to the punch.
Ganz's update reflects on the history of dissension between OSA and Jelly, noting that OSA was upset it had to subsidize Jelly for its free concerts and that overdue bills were the final straw that led to the cancellation announcement.
Posted by Aaron Short at 12:29 PM