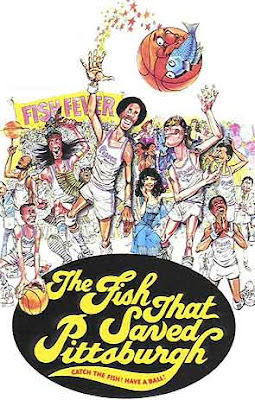 But most importantly, we've stolen Pittsburgh's burgeoning foodies and restauranteurs. Instead of bemoan the massive loss of culture and creative energy, the Pittsburgh Post Gazette offers a food tour of Williamsburg complete with directions on how to cheaply leave Pittsburgh and arrive here.

This article came together because of a high number of ex-pat foodies who live in Williamsburg contributed to the reporter's walking taste tour. These experts include the imitable butcher Brent Young from the Meat Shop, who picked up a feature in his own right, John Connoly at Marlowe and Sons, Motorino's Tim Hudock, video editor Edward Einhorn, and food rep Alexandra Sofis.

The reviews of the restaurants and shops are fine, but I have two small quibbles with the introduction:

Pop up out of the subway from Manhattan and be struck by the lowered skyline -- something like a grittier version of Pittsburgh's South Side flats, with mismatched siding, mini-grottos in front gardens, machine shops open to the street, and a board-up here and there.

I don't even know where Pittsburgh's South Side flats is, but that couldn't possibly be true. Nothing is grittier than Pittsburgh. Did the writer check square footage prices on the waterfront? New Domino probably cost more than the entire Pittsburgh Pirates.
And then there's this observation:

Williamsburg's yet-to-be gentrified but walkable grid offers some 50 boite-sized eateries and foodmongers, each with its own wildly individual vision. Together they are yelling for a food crawl.

I think we need to forgive this one. I mean, there used to be hookers and rampant drug use on the Williamsburg waterfront but these days the cocaine and quaaludes seem to have migrated indoors.

Now, we've got nothing against tourism at A Short Story, or Pittsburghers coming to Brooklyn, but this whole notion seems a little sad, doesn't it? I mean wouldn't you rather take a trip to Pittsburgh and visit Andy Warhol's grave, walk around The Hill to see what August Wilson was thinking, catch a Pirates game, or try one of those Roethlis-burgers that Peppi's sells for $7? No? 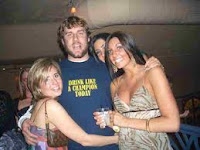 Photos courtesy of sandwichstate and multineer magazine
Posted by Aaron Short at 4:01 PM