Among the bevy of events that hipsters participate in during the year, few begin to have the annoying tone of earnestness mixed with irony. I am talking about pillow fight day, no pants subway rides, the idiotarod, and the like.
This was not one of them.

Duke Riley's naval onslaught at the Queens Museum attracted museum geeks and all comers to don togas, carry tomatoes and wreck each other in an epic art battle. Even though the Brooklyn battleship was quickly and embarrassingly sacked, it proved to be one of the greatest hipster events of the past decade. Plus, anytime I get to stand shoulder to shoulder with my award winning Queens counterparts Jeremy Walsh and Willow Belden is a good day. 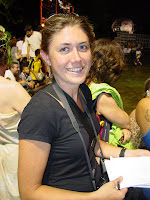 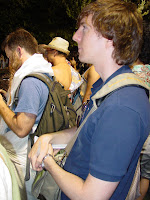