Quick hits for a Marathon Monday 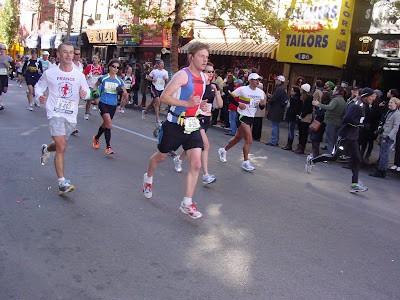 A Short Story wants to hit the week running with five links to check out this week. Try to catch your breathe.

*There were some murmurs about Two Trees' development of a luxury hotel down the street from Graves Hospitality-- and tomorrow we could learn whether the Walentases (Walentasises? Walentasses? What's plural for the Dumbo developers? Somebody help me out here) secure $15 million in bond money from the city. Exciting times. Also receiving top billing, Tony Argento is applying for $13.5 million for his Broadway Stages project on Kingsland Avenue.

*Let's do a two-fer for political stories- Reid Pillifant has a story on Chuck Schumer and the DSCC and Nick Rizzo has a new story about the Green Party.

*If it's early November, it must be time for another arts festival in Bushwick. Enter Beta Spaces.

*Finally, Bishop Loughlin prep star JayVaughn Pinkston is in some trouble with police in Pennsylvania, which may delay his awaited debut with the Villanova Wildcats. Should have gone to UConn, JayVaughn.
Posted by Aaron Short at 10:57 AM