I never thought I would be a blogger, but then again, I believed the Internet was just a fad that would peter out in 2000 after the Millenium bug shut down the world's computers. Now Shaq is twittering. God save us all.

In the meantime, there's news to be written. While Manhattan's Fifth Avenue has shut down, with a tributary of green revelers gushing through its side streets, Brooklyn's Community Board One (Williamsburg and Greenpoint) is holding its monthly meeting at 211 Ainslie Street. What could be more fun than attending such a meeting? How about live blogging it?

Hey, this is kind of fun. The meeting starts at 6:30. Press row sits at 6. Chances CB1 Chair Vinny Abate brings 4 pounds of green dyed cookies from Fortunato Brothers to tide us all over? 300:1. 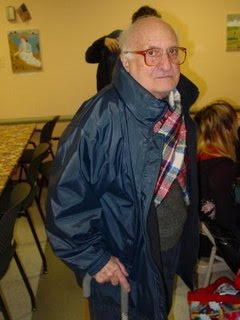