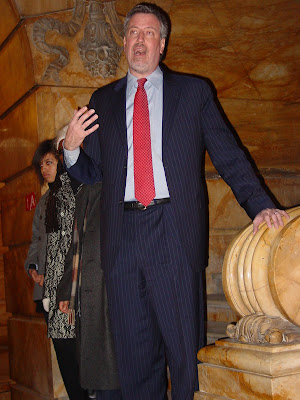 Public Advocate Werner Herzog.. excuse me... Bill De Blasio is rumored to appear at Community Board 1 tonight to talk about taking his office to new heights.

I kid. Bill and Russell Simmons are going to talk about the new hip hop band they're forming called, Livin' Tall. Here's a preview of their lyrics. Fresh!: 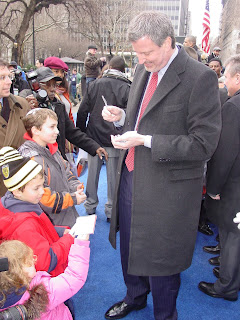 Public Advocate Bill de Blasio said, “These hearings represent the same abuse of Congressional power that we witnessed during the era of Joseph McCarthy. Singling out citizens on the basis of religion will not protect New York City or the United States from terrorism. We should instead be sending a clear message to the millions of American Muslims living in our country that they are full participants in our democratic society. I encourage all New Yorkers to stand with the hundreds of thousands of Muslims living in our city and call on Congressman King to cancel these hearings immediately.”

Russell Simmons said, “As a New Yorker I am deeply saddened that in today’s world we could see an entire religious community targeted by the Republican controlled Congress. My greatest concern is that these hearings, led by Peter King, will incite fear that will only lead to the national proliferation of bigotry. I am proud to live in the most diverse city in the Country and to stand today with the countless Muslim New Yorkers who love America as much as I do.”