Lessons from Community Board 1 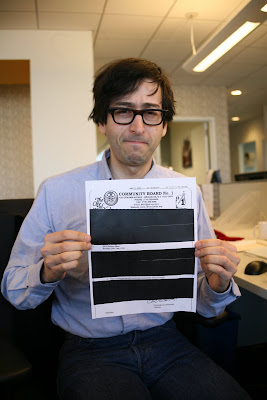 The Community Board 1 resolution on the East River concerts is redactacular.

This week the hipster press discovered Community Board 1. Longtime observers, such as this blog, find it amusing that many colleagues on press row have some difficulty understanding why this civic group does what it does. Let me try to explain them with a few helpful tips.

1. If it sounds like the board voted on something outrageous, chances are it didn't actually happen.
Exhibit A: Banning the East River concerts. That's stupid, you might ask yourself. Why would a community board, which has about as much authority as a sports talk caller, pass a resolution to ban concerts in a state park that generate hundreds of thousands of dollars for the community?
Instead of reading a suggestive headline on the Internets and linking it verbatim (cough Vegan cough), sometimes you need to call a couple of people to verify what actually happened if you weren't there. The blogs got this very wrong this week, so throw some credit Metro's way, and Alison Bowen in particular, for sussing this out. 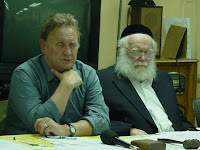 2. Board members don't always know what they're voting on-- especially since what they vote on gets written up after they vote on it.
In Albany, and just about in any other legislative body, legislators vote on bills that have been written into the record so they know, more or less, what they're voting on.
At the community board, sometimes the opposite happens. Board members vote on a suggestion, or a very strong feeling, to take a stand about something. What exactly? They don't know-- until the board staff writes the resolution up.
So you can imagine one's frustration when you call a board member to ask what he voted on and he says, 'I don't know, call the office.'

3. Sometimes the actual resolution is more confusing than the debate.
Back to Exhibit A. The board's resolution to "request assistance from state and city leaders about the park's permit process" 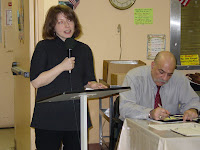 (specifically who is issuing the permits, who is securing the permits, has there been a review process, has input been asked, and where is revenue going) doesn't actually make any sense. In fact, it's the job of the District Manager to research these questions and report that information back to the board. Oh, and guess what else. It's all PUBLIC RECORD. You can read about how concerts got to the East River here, here and here.

4. Sometimes the debate on one issue is about something else entirely.
Exhibit B: The liquor license moratorium. It's not about new bars coming to Williamsburg. 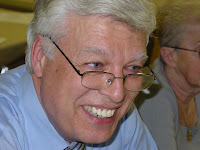 Board members know it's silly to ban new business that bring jobs into the neighborhood and sponsor local events from coming into the neighborhood. It's about increasing enforcement for particularly bad nuisance bars and clubs, and that involves the NYPD, Department of Consumer Affairs, and City Council offices as well as the State Liquor Authority (as Tom Burrows sanely mentioned this week). Board members aren't upset at bars for staying open, they're upset at the drunk people wrecking havoc on the neighborhood after they leave late at night.

to hate, such as Studio B (closed) Club Exit (closed), El Retorno (probably closing), and the Production Lounge (who knows), but Alma takes the cake. Daniel Susla got in front of the board Tuesday night to explain that he has had insomnia for a year-- yeah, you read that correctly-- because his illegally-operating basement neighbor blasts dance music. And city agencies are using their molasses-like enforcement strategy to shut it down by-- issuing violations that lead to court hearings that keep getting postponed. Daniel feels trapped. And a moratorium on liquor licenses will do nothing to help his situation.
Posted by Aaron Short at 11:49 AM

Thanks for clearing this up Aaron, good meeting you at BushwickBK's shindig.