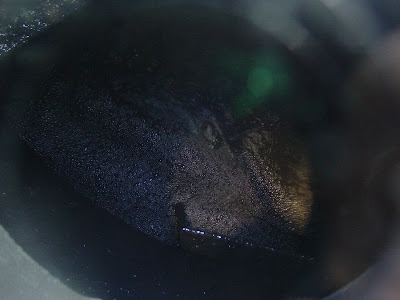 We're in it now. And by it, I mean the Newtown Creek Sewage Plant!

I know the posts have come infrequently these past few weeks. I'm going to try to address that going forward with some shorter bursts of links and commentary. This is one of them. Let's take a look at five stories I've written over the past week and five stories from other reporters that merit a second look.

*Could the Broadway Triangle lawsuit be delayed indefinitely? It's the closest thing to an injunction, if Judge Goodman rules to halt proceedings this week.

*Ted Hamm and Williams Cole celebrate the release of the Brooklyn Rail's nonfiction anthology. They had two parties in Williamsburg this weekend, but the L-train was out, so I missed them. Fortunately, there's more to come including another reading in Fort Greene. 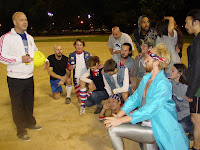 *Congratulations to the John Cougar Mellencamps, your 2010 Brooklyn Kickball champions!

And let's take a look at five other major stories pertaining Bushwick, Williamsburg and Greenpoint:

*Reid Pillifant has done some fine work tracking the governor's race for the Observer. Perhaps you should be reading it.

*WNYC's Azi Paybarah, who broke Carl Paladino's anti-gay speech in Williamsburg on Sunday via twitter, has an informative Q and A with Capital New York's Josh Benson. Does anyone else get the sense that Paladino resembles every strict high school principal in a John Hughes movie?

*Katharine Jose, who wrote about the Onderdonk House in June, the 1709 Dutch farmhouse that was inexplicably not in Open House New York weekend, tackled the Ridgewood Reservoir too for Capital New York.

*And Greg Hanlon has also done some fine work for Capital New York on the New York Giants' defensive line, which looks a lot better after this weekend. We hear another article is coming.
Posted by Aaron Short at 2:15 PM